Is Depression Different in Older Persons?
By Dr. De Leon

According to the National Institute of Mental health there are roughly 18 million Americans suffering from depression each year here in the USA. 6 million of these individuals are over the age of 65 and they suffer what is known as “Late- life depression.” Yet, only 10% of those over 65 receive treatment. 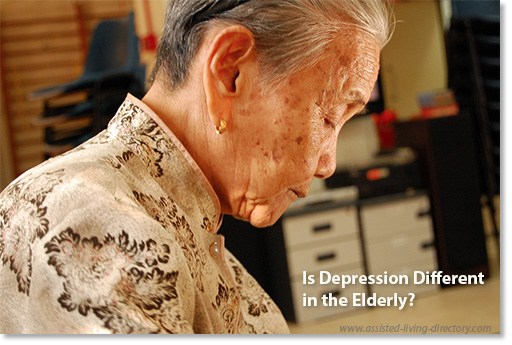 The reasons for this discrepancy in diagnosis and treatment have to do in presentation between young and old. For instance, one of the signs of depression is decrease interest in activities which is a key component of depression particularly when it lasts longer than 2 weeks. However, many physicians and family members assume that as we age we should automatically slow down or become less active and involved. Although, depression is common in older individuals it is by no means normal.

Furthermore, some of the other symptoms of depression which are too much or too little sleep as well as eating too much or not enough are frequently attributed to elderly people as they age assuming that the lack of sleep and decrease in food intake is normal especially when they have been transferred into a facility.

However, I caution that these are not only signs of depression but signs of possible neurologic disease, 1/3 of all Parkinson’s (PD) and Alzheimer’s patients present with depression as initial symptoms.

The reason someone is not sleeping could be part of the neurologic picture as well. For instance besides depression many Parkinson’s patients present with sleep disorders like restless leg, ReM behavior –where the person is able to act out their dreams hence begins to talk and walk in sleep and even get violent even suffer fractures if they fall out of bed.

They may even have sleep apnea.

Plus, the symptoms of depression in the older population are not the typical ones we have discussed; but rather take on a more physical component such as pain, fatigue or constipation. Since these can be both symptoms of chronic illnesses and side effects of medication, they often are not associated with depression. Even when a patient gets the correct diagnosis, many elders perceive having depression as a “weakness” –thus, they may refuse treatment.

Depression is important to diagnose at any age but even more in those over 65 because of the huge impact on quality of life especially if it is part of a neurological illness such as PD or dementia (Alzheimer’s). Depression reduces the ability to rehabilitate, increases mortality from primary illness and increases risk of suicide particularly in those over 80 (doubles).

Depression is associated with earlier placement in nursing homes, assisted living facilities and transfer from these facilities to a higher level of care (e.g. Alzheimer’s unit). At the same time it increases the risk of depression in the caregiver due to the increase in burden of care.

Among people with Alzheimer’s dementia depression is a predictor of cognitive decline and is associated with greater impairment in activities of daily living.

While in PD patients, depression is the one factor most commonly linked to poor quality of life resulting in a rapid deterioration of disease and worsening cognitive function along with an increase likelihood of developing psychosis.

Therefore, it is crucial to identify those who have depression and begin treatment early in the course of disease. Especially since depression is one of two mental illnesses that typically responds well to therapy.

Non pharmaceutical therapy modalities can include music, light, exercise and psychotherapy all of which can promote well being in all patients and prevent cognitive deterioration. Perhaps, listening to music while soaking in some ray’s maybe what the doctor ordered for a happier life.

One thought on “Is Depression Different in Older Persons?”

Assisted Living with Is Depression Different in Older Persons?